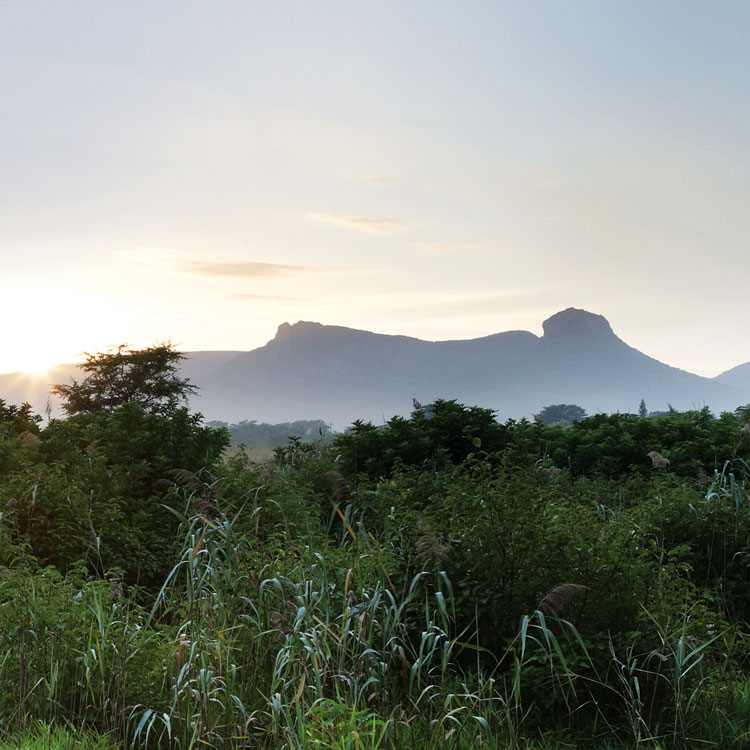 Home » The Inn » The Legend of Ghost Mountain
HISTORY

THE LEGEND OF GHOST MOUNTAIN

“It is a great and strange mountain. It is haunted also and named the Ghost Mountain, and on top of it is a grey peak rudely shaped like the head of an old woman.” So wrote Rider Haggard in his book “Nada the Lily”.

Looking east from Mkuze two very pronounced features rise out of the Ubombo range, on the left Gazaand on the right Tshaneni.

At irregular intervals over the years,strange lights and flickering fires are seen among the fissures and cliffs of the summit. Weird noises and strange sounds are also heard. 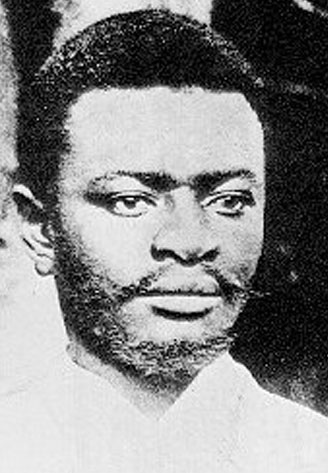 A section of the Ndwandwe tribe, headed by the Gaza family, had their home beneath this mountain until they were conquered by Shaka in 1819 and the head of the family, Soshongane, fled with his followers into Mozambique, where he founded the Shangaan tribe.

From early times it had become customary to bury the bodies of Chiefs on Ghost Mountain. High on its slopes there is a taboo cave, used as a tomb by generations of the Gaza family. Soshongane and his descendants, although they lived many miles away in Mozambique, were carried back to the Ghost Mountain when they died.

Their bodies, mummified and wrapped in the black bull skins, had to be transported by bearers who travelled by night and hid during the day to avoid detection by the Zulus. After the Anglo Zulu War in 1879, when the British tried to rule Zululand by dividing it into 13 separately ruled states, there was a period of chaotic rivalry, feuding and fighting. The two principal rivals were Prince Dinuzulu, the son of the deposed Zulu King Cetshwayo, and his Usuthu warriors, and Zibhebhu, head of the powerful Mandlakazi section of the Zulu nation.

In a series of bloody fights, Zibhebhu gained the upper hand. Dinuzulu, in desperation, enlisted 600 Boers and Germans, led by Louis Botha (later General Louis Botha, who was also to become the first Prime Minister of The Union of South Africa), who were promised rewards of farms for their help. In June 1884 Dinuzulu’s army of Zulus and Europeans invaded Zibhebhu’s territory.

Zibhebhu was a resolute leader and his Mandlakazi section was considered to be made up of the finest warriors, and although he also had a handful of white supporters, including the famous frontiersman, Johan Colenbrander, he had little chance against the opposition.

Zibhebhu made a fighting retreat to the Mkuze River Pass through the Lebombo, and on the 5th of June, in this rugged gorge beneath Ghost Mountain, there was a vicious struggle known as the Battle of Tshaneni. The Mandlakazi fought stubbornly, but heavy rifle fire from Dinuzulu’s army mowed them down and they broke and fled into the dense forest country of Tongaland. The battlefield was littered with thousands of bodies, and of this the late Col. Reitz makes mention in his book “Trekking On”, where he claims that in the early 1920’s he journeyed through skeletons that were still strewn about on the slopes of the Ghost Mountain. 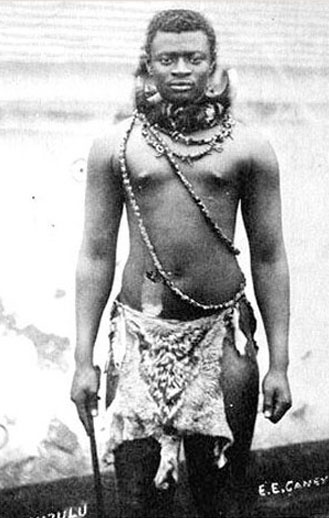 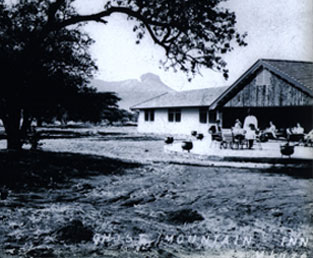 Denys Reitz was made Minister of Lands in 1922 and journeyed up through Zululand to establish the position of a new harbour. His opinion was that Richards Bay would not be suitable but Kosi Bay would be ideal. On this trip he went on a Hippo hunt with, as his book ‘Commando’ states, “The mad Rutherfoord brothers”. This trip is documented in a series of photographs hanging in the Inn. Peter Rutherfoord, the grandson of Richard Hubert, who escorted Denys Reitz on the Hippo hunt, is the present owner of the Ghost Mountain Inn.

This website uses cookies to improve your experience while you navigate through the website. Out of these, the cookies that are categorized as necessary are stored on your browser as they are essential for the working of basic functionalities of the website. We also use third-party cookies that help us analyze and understand how you use this website. These cookies will be stored in your browser only with your consent. You also have the option to opt-out of these cookies. But opting out of some of these cookies may affect your browsing experience.
Necessary Always Enabled
Necessary cookies are absolutely essential for the website to function properly. This category only includes cookies that ensures basic functionalities and security features of the website. These cookies do not store any personal information.
Non-necessary
Any cookies that may not be particularly necessary for the website to function and is used specifically to collect user personal data via analytics, ads, other embedded contents are termed as non-necessary cookies. It is mandatory to procure user consent prior to running these cookies on your website.
SAVE & ACCEPT
Open chat